Your website needs to make a great impression. Let the professionals at Make It Loud help.

In an age where the internet and digital marketing have become the dominant force for business growth, websites have become a necessity for small business owners to remain competitive. But, here are some startling facts:

So, the real question is, if you don’t have a strong online presence and your competitors do, guess who gets the business?
For more than 15 years, we’ve been working with small to mid-sized business owners just like you to help you not only establish your online presence, but get more- more clicks, more traffic, more calls and more business.
Couldn’t your business use more? Let us help your company and brand grow by broadcasting your business to the world! Let our experience work for your business.

When it comes to digital marketing, it’s very easy to get overwhelmed- especially if you have no idea about how the Internet works. One thing is absolute, however. In your business, you solve a specific set of problems, and people are looking for the very solutions you provide.
Think of a business website as a brick and mortar store complete with an address. The biggest difference is customers and clients can walk through your doors from anywhere in the world. This can greatly benefit your business since there is potential to reach millions of people who most likely never knew anything about you or the services you offer.

Even a simple five-page site can identify your brand, establish an image, detail your services, provide history about your company, and give customers a simple and direct way to contact you by email and phone. Not only does it show that you’re a legitimate company, but it will also increase your credibility. 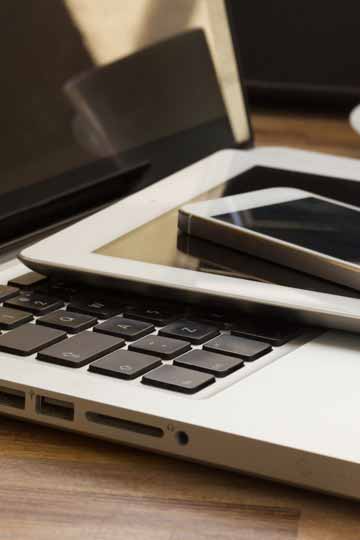 Below are five more benefits you will be rewarded with upon launching a well-designed website:

Our Work Means More Business For You In Duluth!

Believe it or not, there are web design companies that hold you hostage. They tell you that it’s your website, but you can’t make changes, you can’t edit anything yourself, and if you stop paying them, the website goes away.

We don’t believe in renting your business website. Since we started the company, we’ve always encouraged business owners to own their business domain and get a website that you have not only full ownership of but full access to.

At Make It Loud, it’s our process to launch your new website and schedule a training session where we teach you how to manage and maintain your own business website. We have an option where we’ll do all that for you, but we are firm believers that it’s your business, so you should have the ability to change whatever you want on your own website. 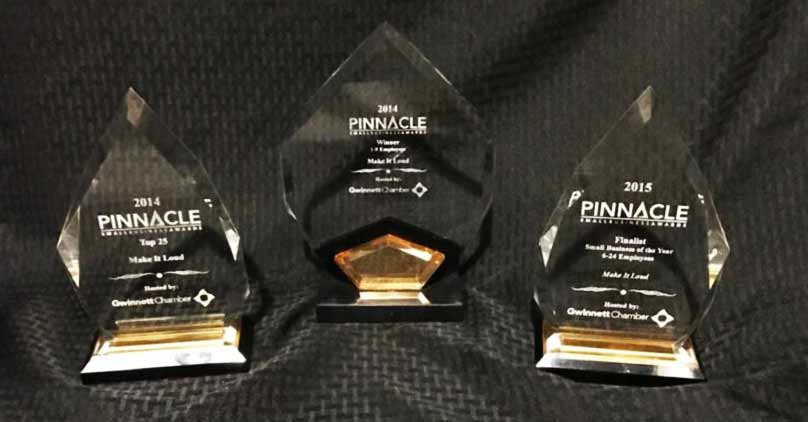 As technology grows at a rapid pace, the devices on which we can browse the internet have drastically changed. This includes things such as computers, tablets, phones, and even watches. That’s a lot of different places to browse which each renders websites differently due to screen size and operating systems.
Responsive web design is the process web designers use to make a website look good on any device the browser uses. This changes the way the site renders or displays allowing a pleasant browsing experience across all devices. Using responsive web design increases the chances that people browsing the web will remain on your site and possibly become a new customer.
We use responsive web design on all our sites to give our customers the best competitive advantage possible. Since responsive sites are ranked better naturally by Google, you are already one step ahead of the competition. Mobile has become the main platform on which people search for things. Capitalizing on the benefits of a mobile-friendly website can greatly increase your web traffic.

We’ve worked with business owners in and around Duluth for many years now. We appreciate the history and culture of Duluth. Not only have we been members of the Gwinnett Chamber of Commerce for nearly a decade (located in Duluth), we’ve been in charge of the social media marketing for the Duluth Fall Festival every year for several years now.

Duluth Georgia was originally Cherokee Indian territory. In fact, Old Peachtree Road used to be an Indian trail that connected Fort Peachtree (now called Atlanta) to Fort Daniel which was in Dacula. Once the railroad came along, Duluth Georgia was actually named after Duluth Minnesota. Since those days, it’s grown to more than 20,000 residents and a hub of business and culture. Make It Loud is proud to help business owners in and around Duluth.

Duluth is a friendly little town in Gwinnett County where there is always something going on. Downtown Duluth has ongoing concerts in the part and Duluth Fall Festival with a mix of vendors, restaurants, and music. The area around Gwinnett Mall has incredible shopping and exotic places to eat, and part of the show “Stranger Things” was filmed at that mall.

Nearby attractions include the Gwinnett Stripers and the Infinite Energy Arena are the home of the Atlanta Gladiators Hockey, the Georgia Swarm Lacrosse and top-level concerts throughout the year. Duluth is a great place to live, work and play.

If you’re ready to get your business more- more clicks, more leads, and more business call the staff at Make It Loud and let’s talk about the right website & digital marketing strategies for your business.

We Service The South Eastern Region of the United States, including but not limited to:

My location
Get Directions